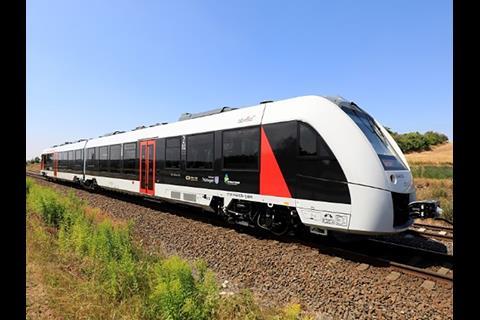 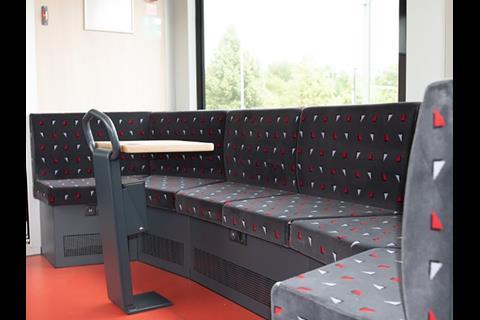 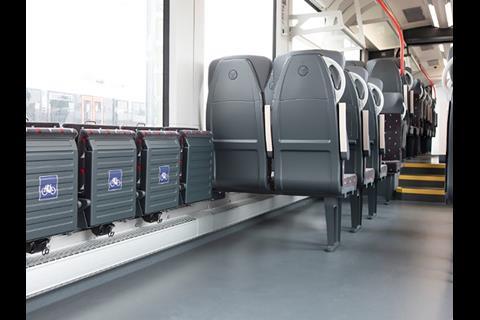 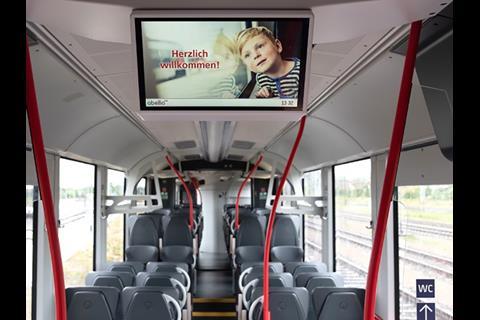 GERMANY: The first of 54 Alstom Coradia Lint 41 diesel multiple-units ordered by Abellio for Diesel Netz Sachsen-Anhalt services was unveiled by Abellio on August 27. Guests including Land Minister for Regional Development & Transport Thomas Webel rode on the DMU on a circular route from Magdeburg.

NASA required the procurement of new rolling stock, and the contract for Alstom to supply 52 DMUs which was announced in April 2016 was the largest order for the Lint design to be placed by a single customer. A further two DMUs were added to the order in 2017. The order is being financed by NS Financial Services.

The 140 km/h two-car DMUs have 110 seats and space for 120 standing passengers, with easy access for passengers with reduced mobility from common platform heights, wheelchair spaces and an accessible toilet. An ‘innovative lighting concept’ will include direct illumination of the steps, glass walls and luggage racks.

The majority of seats have tables for laptops, and there is a corner seat for groups travelling together. Other facilities include a dynamic passenger information system, wi-fi, a ticket machine and space for up to nine bicycles.