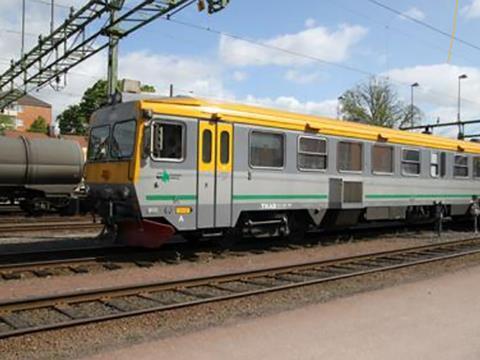 One is to be used to provide spare parts, while the others are to be deployed to improve services from Montevideo to 25 de Agosto. AFE also plans to reinstate services to Victor Sudriers which were withdrawn in 2012, and is studying the reinstatement of passenger services on the 84 km route to San Ramón on the Río Branco line.

The Y1 railcars were originally built for Swedish national railway SJ in 1979-81, and were later used on Värmlandstrafik regional services around Karlstad.