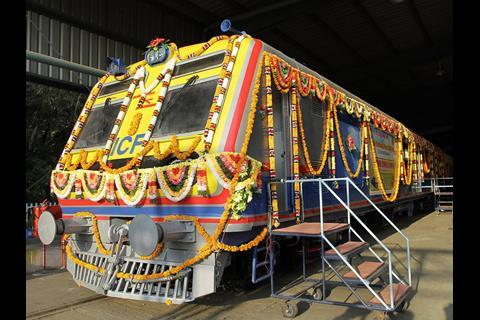 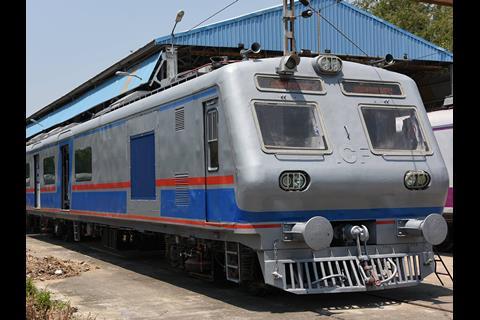 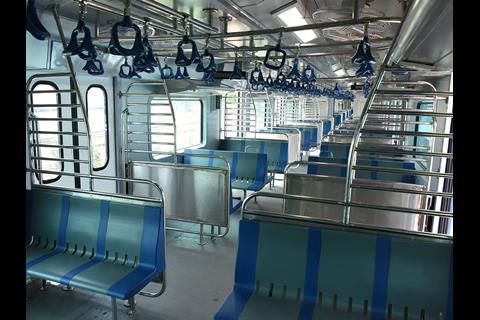 Following inspections, the 12-car 25 kV 50 Hz EMU is to be tested on the Thane – Panvel route by ICF, Central Railway and Research Design & Standards Organisation.

EMUs for Mumbai suburban services are wider than other Indian Railways coaches, at 3 660 mm. The interior has 3+3 seating, with no first class and a total capacity of 1 028 seated and 4 936 standing passengers.

There are gangways between the six coaches in each half of the train. The EMU is designed for a maximum speed of 110 km/h, and has electrical and control equipment supplied by Strukton Rolling Stock and Bharat Heavy Electricals.