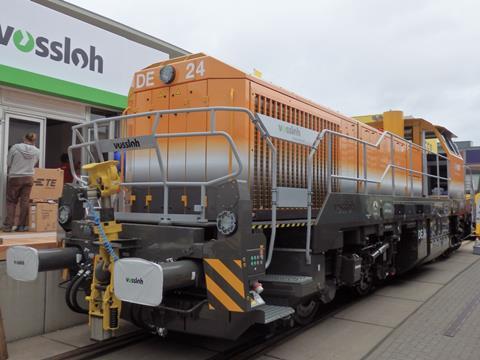 The 1·8 MW locomotives will have MTU Stage IIIB compliant engines giving a maximum speed of 120 km/h. They are to be manufactured at Vossloh’s new €40m factory which is nearing completion in Kiel. Deliveries are scheduled to begin in 2018.

‘The order is a great sales success for Vossloh Locomotives and provides our new location in Kiel Suchsdorf with very good capacity utilisation for several years’, said Vossloh AG Chairman Hans M Schabert. ‘We will move into the new facilities starting in autumn 2016’.

As part of Vossloh AG’s plans to focus on the rail infrastructure market, it intends to sell the Locomotives business or transfer it to a partnership by end of 2017.