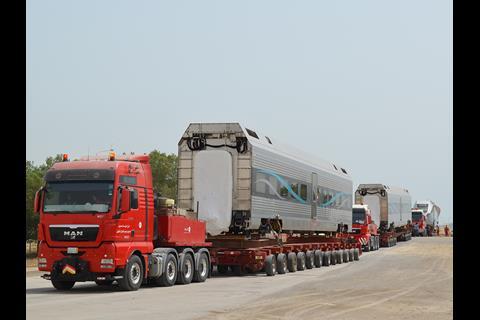 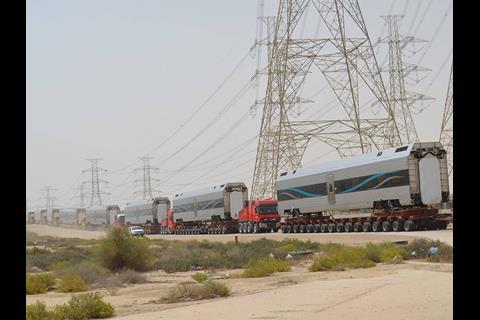 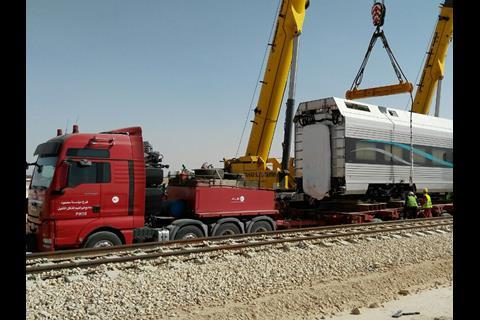 SAUDI ARABIA: Specialist heavy-lift logistics company ALE has delivered the first two of the six trainsets which Saudi Railway Co has ordered from CAF for use on the North–South line.

In the latest shipment, the nine coaches and two 100 tonne diesel-electric locomotives forming one complete trainset were delivered from Spain by sea to Jubail Industrial Port, where ALE loaded them onto 11 extendable step frame and multi-axle conventional trailers. They were then taken 500 km by road to Riyadh in one day, where they were unloaded directly onto the tracks using two 300 tonne cranes.

‘The client was impressed that we could complete the scope safely in such a short time period’, said Andrew Spink, General Manager for ALE’s Saudi Arabia branch. ‘By successfully completed the unloading in just one day, it demonstrates ALE’s sought-after capabilities to handle and deliver a large shipment in one go.’