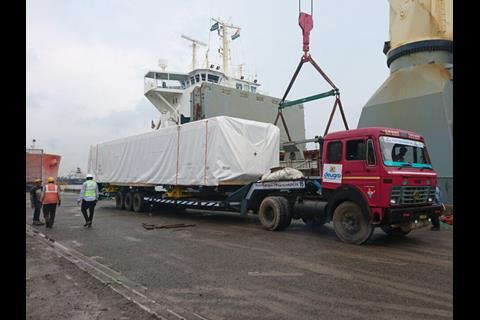 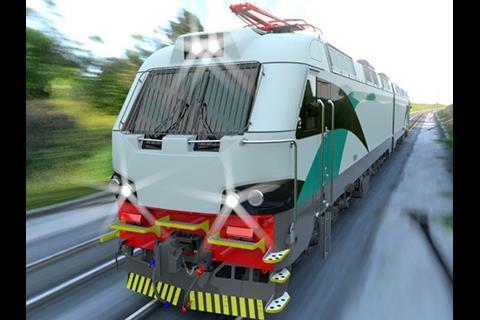 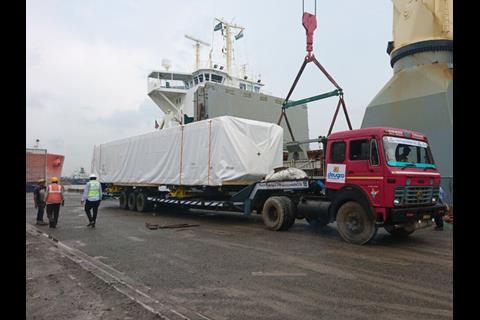 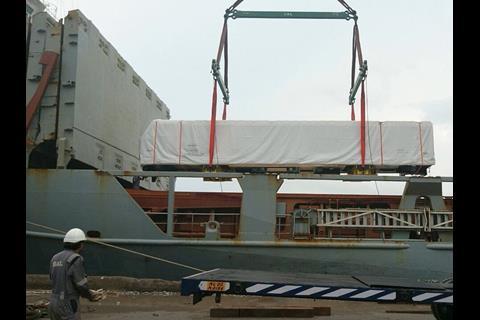 INDIA: The first bodyshell for the fleet of 800 WAG12 twin-section electric locomotives which Alstom is to supply to Indian Railways was unloaded at Haldia in the Port of Kolkata on September 20, ready for delivery to the factory at Madhepura where the fleet will be assembled.

In November 2015 the Ministry of Railways selected Alstom for a contract to supply the electric locomotives from a factory to be built by a joint venture of the manufacturer and Indian Railways (26%). Deliveries are scheduled for 2018-28.

The contract allows for the first five locomotives to be imported, but the remaining 795 are to be manufactured locally in support of the government’s Make in India campaign.

The 9 MW locomotives with a maximum speed of 120 km/h will be a development of Alstom’s Prima family that includes locomotives supplied to Kazakhstan, with modifications to suit Indian requirements. They will be equipped with ABB transformers and Knorr-Bremse braking systems.

Indian Railways intends to use the locomotives to haul 6 000 tonne trains at 100 km/h on the Eastern Dedicated Freight Corridor, and on other routes to raise the average speed of heavy freight trains from between 25 and 30 km/h to between 50 and 60 km/h.