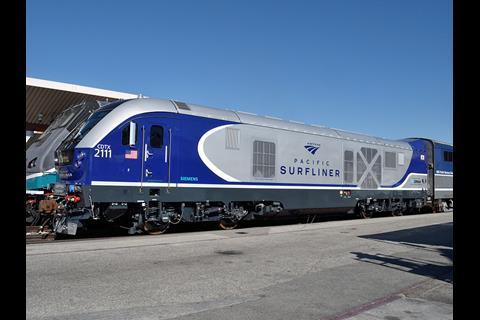 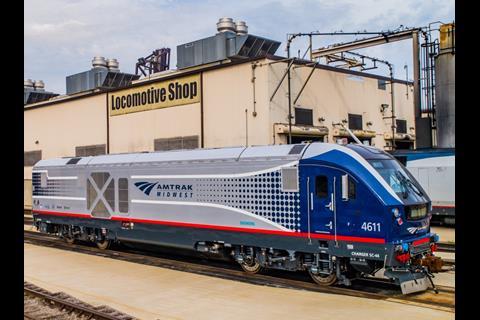 Under the $744m contract announced on December 21, the locomotives are to be assembled at the Siemens plant in Sacramento, for delivery between mid-2021 and the end of 2024. The first locos are expected to enter service from the second half of 2021. Siemens will also provide technical support and supply spare parts for 20 years.

The operator had called tenders in June for up to 75 locomotives to ‘replace and supplement’ its ageing GE-built P42s on long-distance trains throughout the national network, including the Washington DC – Sandford Auto Train, the California Zephyr and Empire Builder services from Chicago to Oakland and Seattle, and the Seattle – Los Angeles Coast Starlight.

According to Amtrak, the initial locomotives will be used principally on long-distance services, with options to purchase more for use on shorter state-supported routes of less than 1 200 km. They will be funded from the railway’s own resources and will be compliant with Buy America requirements.

Drawing on the Siemens Vectron range and the ACS-64 electric locomotives for Amtrak’s Northeast Corridor, the 200 km/h Charger has proved to be the most popular North American passenger diesel locomotive for inter-city applications. Powered by a 16-cylinder Cummins QSK95 engine rated at 4 400 hp, the PTC-equipped locomotives meet the latest FRA crashworthiness standards including Crash Energy Management.

There are now more than 70 Chargers in operation in various states, running an estimated 5 million train-km per year. The original build ordered in 2014 by Illinois DoT on behalf of a consortium of states for state-supported Amtrak services included options for up to 225 extra locos, of which various batches have been drawn down by the states and commuter operators. This package included provision for Amtrak to order up to 150 long-distance variants with larger fuel tanks.