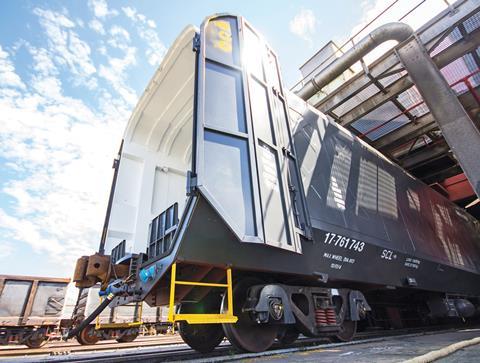 Transnet is building 350 of the wagons by January 2014 as part of its R307bn seven-year infrastructure improvement programme. The new wagons are higher and wider than older designs, and can carry conventional vehicles as well as SUVs and minibuses in a more secure and safer environment. Internal lighting makes it possible to load the wagons at night.

The wagons are now in use primarily on between Kaalfontein, Johannesburg, Port Elizabeth and Durban, where they have enabled Transnet to increase average train length from 25 to 45 wagons.