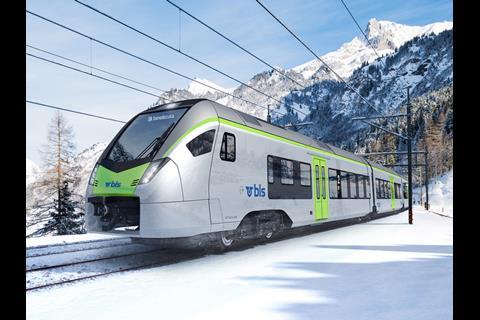 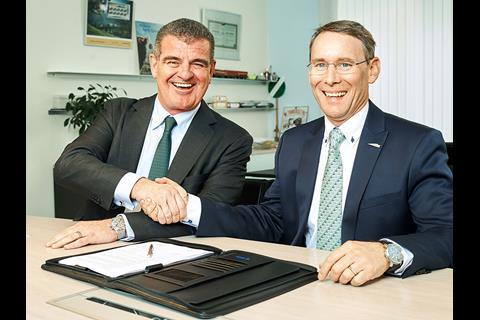 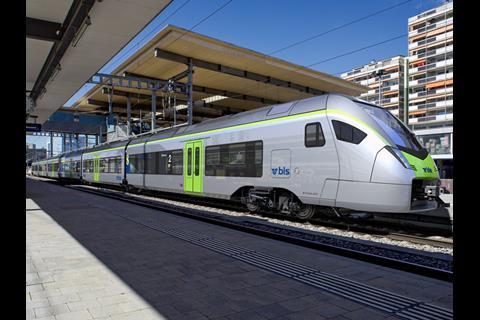 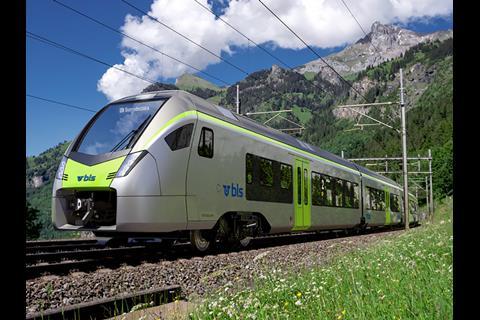 Stadler had been named preferred bidder for the operator’s largest-ever rolling stock contract in May 2017, beating a rival offer from Bombardier Transportation. Signing of the deal followed final approval of the BLS, cantonal and federal funding contributions.

The order includes 28 EMUs for Bern S-Bahn routes and 24 for RegioExpress services. BLS had originally planned to order 30 of the regional units, but this was reduced to 24 following after it was decided that the Bern – Neuchâtel – La Chaux-de-Fonds route would become part of the long-distance rather than regional network. There are options for BLS to order additional units as required.

The 160 km/h EMUs will replace EW III coaches and RBDe 565 and RBDe 566 I railcars, with the use of a standardised fleet expected to simplify operations, scheduling and maintenance. The 105 m long single-deck units will have low-floor entrances, large windows, luggage space, first and second class seating, power sockets and good mobile phone reception. The S-Bahn and RegioExpress units will be mechanically identical, but the RegioExpress sets will be equipped with a catering area.

Stadler is to build a full-scale mock up at its Bussnang plant to help finalise the design of features such as the vestibules, seats and tables in conjunction with passenger groups including those representing travellers with disabilities.

Production is scheduled to get underway in early 2019, with testing planned from mid-2019 and entry in service expected in 2021-25.