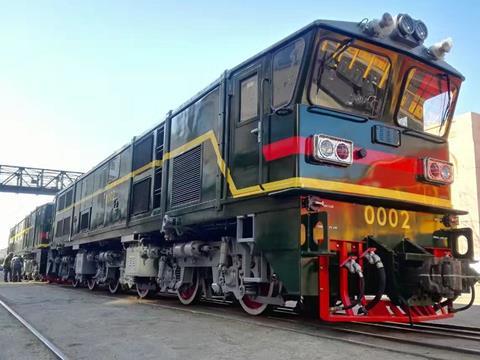 MYANMAR: CRRC Dalian has shipped a further pair of locomotives to Myanma Railways, and has now supplied the national railway with more than 50 locomotives ordered in five batches.

The metre-gauge Type CKD7B design is customised for local conditions in Myanmar. The 100 km/h locomotives have three two-axle bogies, with the Bo-Bo-Bo arrangement designed to cope with poor track conditions, steep gradients and tight curves down to 62 m radius.

The appearance of the locomotives is ‘graceful and solemn, full of retro style’, according to the manufacturer.