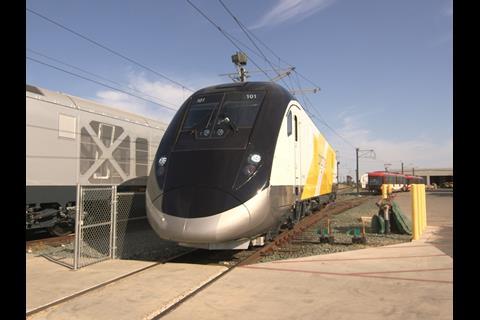 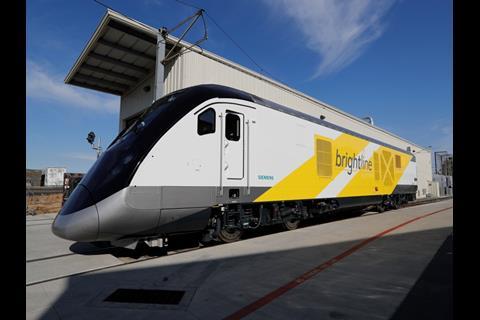 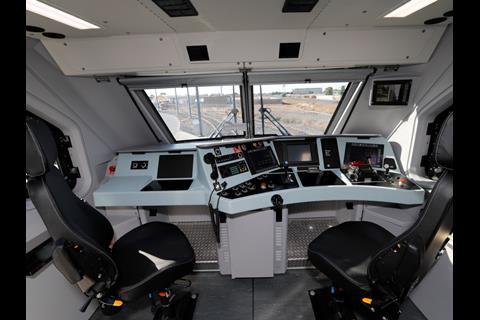 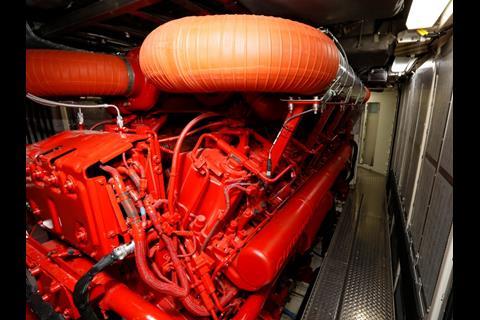 USA: The first Charger diesel locomotive for the Brightline inter-city service in southern Florida has successfully completed its first trial run on the 400 m test track at the Siemens manufacturing plant in Sacramento, California, the operator announced on September 8.

Static and dynamic testing was undertaken over a three-week period, covering around 45 aspects of the locomotive systems. As well as testing the Cummins QSK 95 diesel engine, there were functional tests of the air and braking systems, software, doors, fire detection and audible warning systems, communication and lighting. Siemens also verified the empty and fully loaded weight of the locomotive.

‘Operation of the locomotive and its passing of the initial track testing has given us a high degree of confidence that the Brightline service will be exceptionally reliable’, said Gene Skoropowski, Senior Vice President of Railroad Operations at Brightline. Siemens Rolling Stock President Michael Cahill added that the successful on-site testing was ‘a testament to the highly-skilled work being done by our engineers and plant employees that have worked tirelessly to design and manufacture these trainsets.’

The first completed push-pull trainset formed of two locomotives and four stainless-steel coaches is due to be delivered to Brightline’s West Palm Beach maintenance facility later this year. Revenue service between Miami, Fort Lauderdale and West Palm Beach is scheduled to begin in mid-2017.