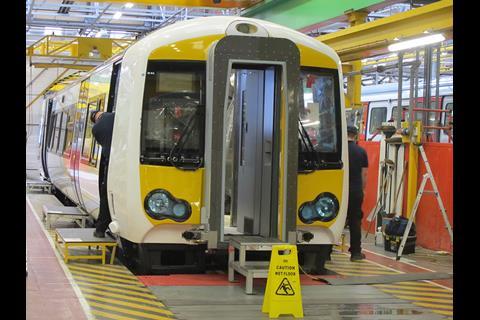 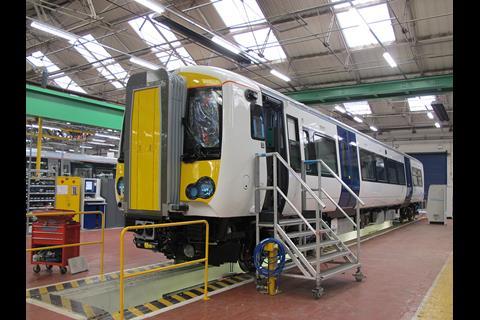 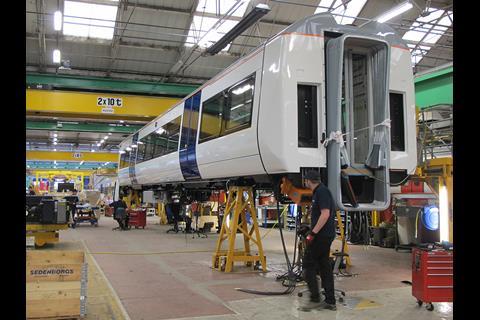 UK: Bombardier Transportation’s Derby plant is building six four-car Class 387 Electrostar electric multiple-units which are scheduled to enter service by the end of the year to increase capacity on the Essex to London commuter route operated by c2c.

The latest generation units incorporate a number of differences to the Class 357s, including having end gangways, two toilets rather than one, a second wheelchair area and improved luggage space. Each unit will have 225 seats in a 2+2 arrangement, fewer than the 2+3 seating on the older units, with each seat on the newer units being around 10% wider and having arm rests and reading lights. Some seats will have power sockets.

The new units are part of a speculative order for 20 four-car Electrostars which was placed by Porterbrook Leasing in November 2015. Agreements have since been signed for six to be leased by c2c for three years, and 14 to be leased by Great Western Railway.