Charger diesel on test at Pueblo 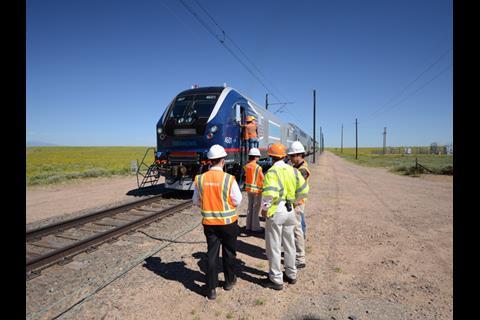 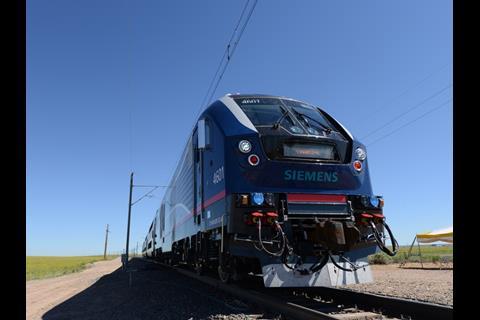 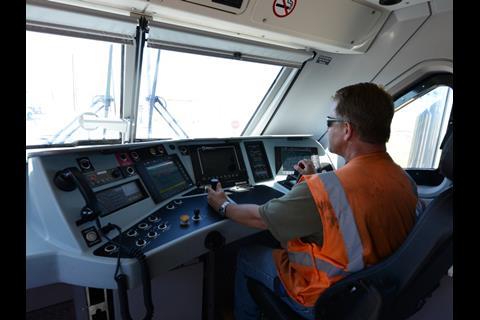 USA: The first SC-44 Charger diesel locomotive has started test running at up to 200 km/h at the Transportation Technology Center in Pueblo, Colorado, manufacturer Siemens and AAR subsidiary TTC Inc confirmed on August 10. The test programme includes an evaluation of the locomotive’s overall performance capabilities, acceleration and braking.

Built at the Siemens plant in Sacramento, the 4 400 hp Tier 4-compliant SC-44 is powered by a Cummins QSK-95 prime mover. The locomotive at Pueblo is being tested with four Kawasaki MARC III double-deck coaches on loan from the Maryland Area Regional Commuter agency. It is scheduled to be delivered to Illinois later this year as part of the multi-state Midwest inter-city fleet procurement programme.

Siemens currently has orders for 66 Charger locomotives. The first 34 were ordered in 2014 under a $225m contract awarded by a multi-state coalition led by Illinois DOT. Further options have subsequently been exercised for use in Illinois, California, Michigan, Washington, and Missouri, along with eight for use on commuter rail services in Maryland.

Another build of Chargers will power the Siemens-built trainsets for the Brightline inter-city service between Miami and Orlando, where the first trains are expected to start running in southern Florida early next year.

The Midwest SC-44s will initially operate with existing rolling stock, as a result of production problems with the double-deck inter-city coaches ordered from Nippon Sharyo under the multi-state programme.

According to Siemens, all of the locomotives on order are scheduled to be delivered by the end of 2017.

‘These locomotives truly represent the next generation of clean and efficient rail travel in the USA, and the testing being done in Pueblo is a crucial step’, said the President of Siemens Rolling Stock Michael Cahill, noting that the SC-44 is the high-speed passenger locomotive to receive Tier 4 certification from the Environmental Protection Agency.