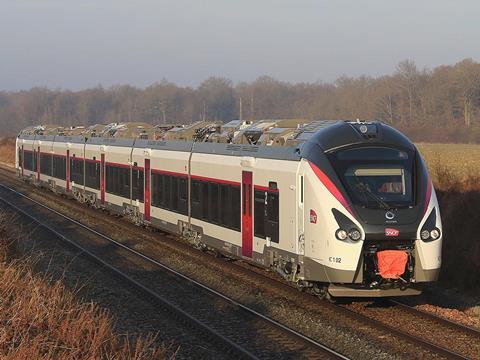 Alstom’s Cordia Liner V200 is based on its Régiolis family of regional multiple-units for France, but has a more comfortable interior designed for longer distance travel. It can operate at up to 160 km/h under 25 kV 50 Hz or 1·5 kV DC electrification, or powered by roof-mounted 350 kW MAN diesel engines.

The first six of 19 units for the Paris – Belfort route are now expected to enter passenger service in mid-2017. Other routes which SNCF expects to operate with Coradia Liner units include Nantes – Bordeaux.