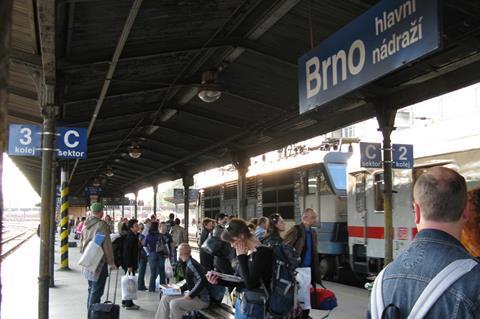 CZECH REPUBLIC: Jihomoravský has become the first regional authority to order its own rolling stock, placing a contract for Škoda Transportation to supply 37 RegioPanter low-floor 160 km/h electric multiple-units between spring 2021 and the end of 2022.

Škoda Transportation was the only bidder to remain in the tendering process after a lower-priced bid from Stadler was excluded.

The KC6·65bn contract signed on December 20 covers the supply and 30 years of maintenance of 31 four-car units with 333 seats and six two-car units with 146 seats. The EU’s Cohesion Fund is meeting 85% of the cost, with the remainder coming from EIB loans.

The EMUs wil be used on Brno suburban routes S2 Křenovice – Brno – Blansko – Březová nad Svitavou and S3 Níhov – Tišnov – Brno – Vranovice/Židlochovice – Břeclav. The region is to call tenders this year for a contract to operate the PSO supported services once the current 10-year deal with national incumbent ČD ends on January 1 2023.

It is anticipated that the major domestic players including ČD, RegioJet, LEO Express, Arriva and GWTR will participate in the tender.