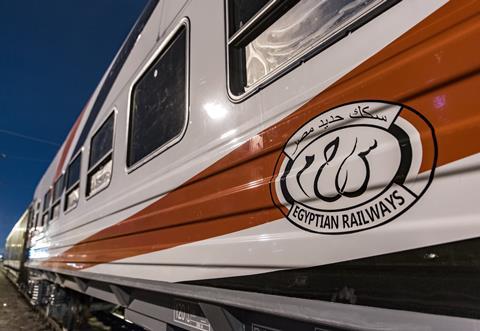 EGYPT: The first of the modern coaches supplied by Transmashholding’s Tver plant in Russia as part of an order for a total of 1 300 vehicles of five types have entered service with Egyptian National Railways, the manufacturer announced on August 14. 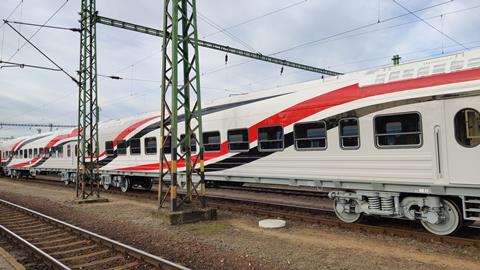 ENR has now taken delivery of a total of 33 vehicles, including a prototype used for testing and certification. A further 175 are scheduled to follow by the end of the year.

The third class coaches are being used on services from Cairo to Alexandria (208 km), Asyut (380 km) and Sohag (473 km). They have 88 seats, forced ventilation, two toilets and LED lighting, with the bolsterless bogies have a two-stage leaf spring suspension and Knorr-Bremse pneumatic braking systems.

According to the manufacturer the coaches ‘fully comply with safety regulations while providing modern level of comfort’, and have a design life of 40 years in the Egyptian environment.

The order for 1 300 coaches worth more than €1bn was signed in September 2018, financed by the Hungarian and Russian export-import banks. Production is being divided between TMH Tver (620) and the Dunakeszi plant in Hungary (680) which was recently acquired by a 50:50 joint venture of TMH and its local partner Magyar Vagon. The first of the Hungarian built coaches are scheduled to be delivered by the end of the year.