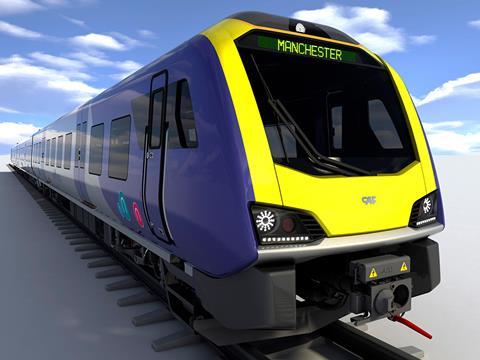 UK: Rolls-Royce’s MTU business is to supply 140 Series 1800 PowerPacks for use on the 55 Civity UK diesel multiple-units which Spanish rolling stock manufacturer CAF is building for use on Arriva’s Northern franchise.

The order for the 160 km/h Civity UK DMUs was announced by leasing company Eversholt Rail in January 2016. The 25 two-car and 30 three-car Class 195 units are to be used on the Northern Connect branded services linking cities in northern England, facilitating a cascade of existing rolling stock which would enable the fleet of 1980s Class 14x Pacer DMUs to be withdrawn from the Northern franchise.