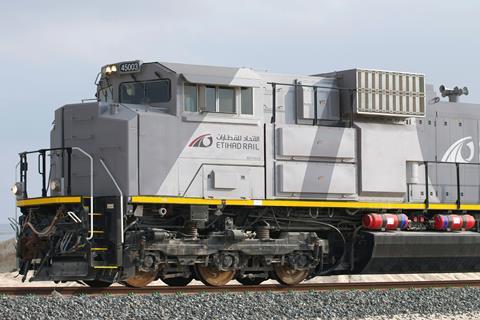 These will add to the seven 4 500 hp EMD SD70ACS locomotives delivered in 2013 for the opening of the 264 km first phase of the network. 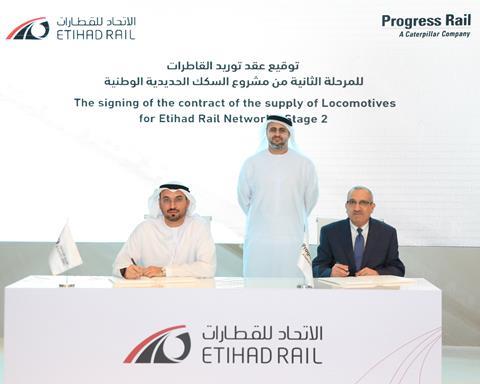 The locomotives will be capable of hauling 100-wagon trains, equivalent to 5 600 on-road lorry trips per day. They will be designed to withstand the region’s high temperatures and humidity, with the air intakes being equipped with sand filtration systems.

The latest order announced on February 26 follows the award of the civil works contracts for construction of the 605 km Stage 2 of the network, which will connect Fujairah and Khorfakkan on the east coast to the western border with Saudi Arabia at Ghuweifat.

‘The cutting-edge fleet of locomotives will raise the bar in the transportation system and logistics services in the country and increase the network’s annual capacity to more than 60 million tonnes, compared to the current annual capacity of approximately 7·2 million tonnes’, said Etihad Rail Chairman Sheikh Theyab bin Mohamed when the contract was signed.