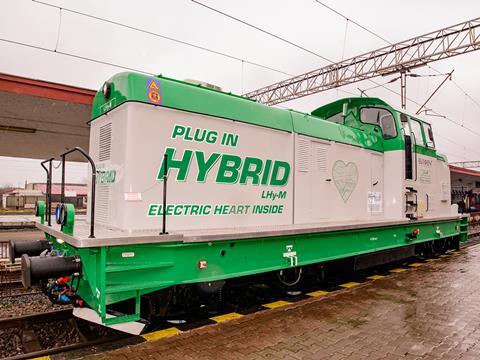 ROMANIA: Euroest has unveiled its first LHy-M battery hybrid shunting locomotive, which is to be tested by Tehnotrans Feroviar at the Black Sea port of Constanta.

Based on an extensively rebuilt LDH1250 diesel-hydraulic locomotive, the 72 tonne four-axle LHy-M has a 400Ah lithium ion battery powering two 155 kW traction motors to give a maximum speed of 30 km/h, as well as a Deutz TCD 2013 LO64V Tier III auxiliary engine with a Marelli MJB315SA4 generator.

The battery has a charging time of under 3 h, and can then power the locomotive for between 8 h and 12 h.