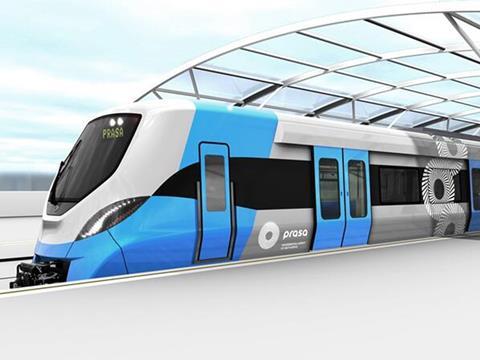 Financial close on the deal follows the signing on October 14 2013 of the contract covering the delivery of 3 600 cars over 10 years. The first 20 X’Trapolis Mega (MEtric GAuge) 1 067 mm gauge EMUs are to be produced at Alstom's Lapa plant in Brazil, and the rest at a manufacturing facility to be built in Dunnottar, 50 km east of Johannesburg. The EMUs will have more than 65% local content, as well as input from Alstom’s sites at Ornans, Tarbes, Le Creusot, Reichshoffen, Villeurbanne and Saint-Ouen in France, Sesto in Italy and Charleroi in Belgium.

The Gibela joint venture led by Alstom and co-owned by local shareholders Ubumbano Rail and New Africa Rail will provide support and spares for 18 years.

Alstom said the project ‘is one of the biggest in rail transport worldwide and is the largest contract ever signed in Alstom's history’. The deal ‘confirms the intent of the company to establish itself as a leader in fast growing markets’ and ‘marks a significant milestone in Alstom's strategy to strengthen its presence at both global and local levels, thanks to its worldwide industrial footprint and strategic partnerships that enable proximity with its customers.’