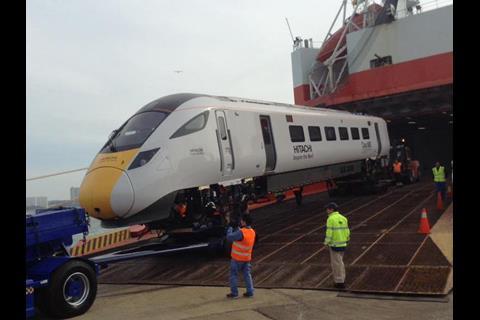 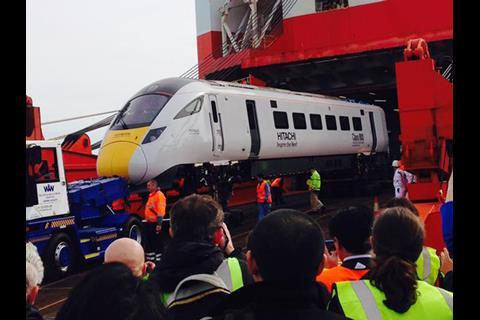 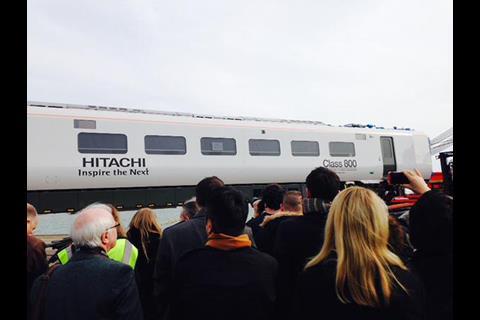 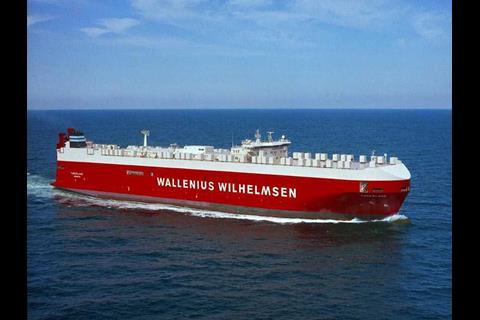 UK: The first pre-series Class 800 trainset for the Intercity Express Programme was unloaded at the port of Southampton’s Queen Elizabeth II Terminal on March 12, watched by guests including Transport Minister Claire Perry and the city’s mayor.

The five-car electro-diesel trainset left Hitachi’s Kasado factory in Japan on January 7. It was shipped from the port of Kobe on January 22/23, travelling to Britain via the Panama Canal on the Wallenius Wilhelmsen ro-ro ship Tamerlane which arrived in Southampton on March 11.

The Department for Transport’s £5·7bn Intercity Express Programme covers the supply and maintenance of 122 trainsets totalling 866 vehicles. Hitachi is to supply the initial trainsets from Japan, with 112 to be produced at its £82m factory which is nearing completion at Newton Aycliffe in County Durham.