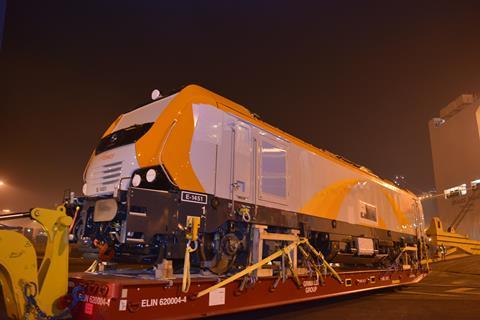 MOROCCO: National railway ONCF has taken delivery of the first of 30 Alstom Prima M4 locomotives which are being supplied under a €130m contract announced in February 2018.

The 3 kV DC electric locomotives have a nominal power of 5·5 MW, operating speed of 160 km/h and are equipped with ETCS Level 1.

They are being assembled at Alstom’s Belfort plant in France, with bogies supplied from Le Creusot, tractor motors from Ornans, transformers from Petit-Quevilly, traction systems from Tarbes and electronics from Villeurbanne. The ETCS equipment is produced in Madrid.

The order was financed by a 40-year French government loan with a grace period of 10 years and an interest rate of 0·0016%.

‘Over the past 10 years, 20 Alstom electric locomotives have been put into commercial service by ONCF’, said Nourddine Rhalmi, Managing Director of Alstom Morocco. ‘We are proud to contribute to growing the fleet and to support ONCF in this major project to develop the railway’.