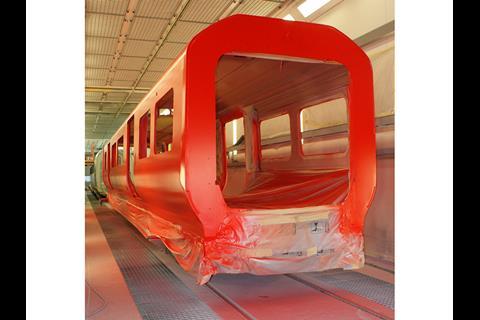 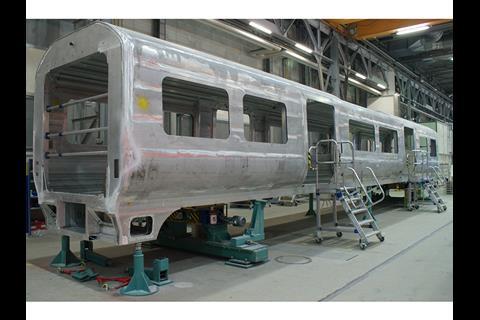 Design work has been finished, and the first EMU is expected to be completed by the end of February 2016. Trials at the Wildenrath test track are scheduled to begin in May 2016, ahead of delivery to SWT’s Wimbledon depot where the trains are to be maintained by the operator. Entry into passenger service is planned for June 2017, with all 30 units to be delivered by the end of 2017. SWT plans to operate the EMUs in pairs, and will redeploy its existing fleet to increase capacity on other routes.

SWT says the Class 707 fleet will incorporate ‘state-of-the-art technology’, and be ‘lighter and ‘much more energy efficient’ than its existing EMUs. The new EMUs ‘will significantly increase space for passengers’ and improve on-board facilities, with ‘a light and airy’ air-conditioned interior featuring wide inter-car gangways, improved passenger information systems, free wi-fi and one power socket per seat pair. There will be no tables on seat backs or in facing bays, and toilets will not be fitted.

SWT and leasing company Angel Trains announced the £210m order for 30 five-car 750 V DC third rail EMUs in September 2014. This formed part of a five-year plan to increase capacity on routes into London Waterloo which was developed by the now dissolved South West Trains-Network Rail Alliance.

‘The introduction of the brand new Class 707 Desiro City trains is an absolutely crucial part of our plans to provide the biggest increase in capacity on this network for decades’, said SWT Engineering Director Christian Roth on October 29. ‘When delivered, these new trains will provide a major increase in space for passengers as well as much improved facilities, including better accessibility and free wi-fi.’