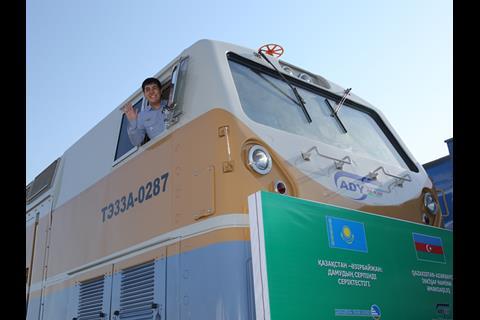 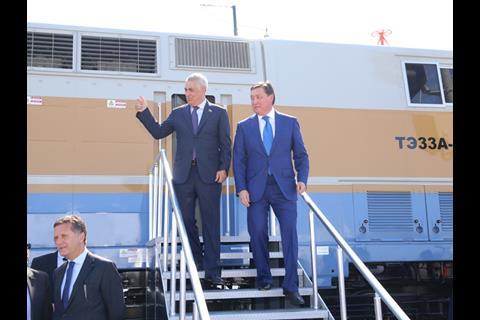 AZERBAIJAN: The first of 10 Type TE33A Evolution diesel locomotives ordered by national railway ADY was officially handed over on August 3, at a ceremony in Baku which also marked the arrival of the first Nomad Express container service from China via Dostyk and the Caspian Sea ports of Aktau and Alat.

ADY will lease the 10 locomotives from Development Bank of Kazakhstan subsidiary DBK Leasing, which has financed the order as part of a national programme to support Kazakh exports.

The TE33A design was developed by GE Transportation for the 1520 mm gauge market, with the initial locomotives being supplied to Kazakhstan’s national railway KTZ from the USA. Following a localisation programme, the locomotives are now produced in Astana by the LKZ joint venture of KTZ and Transmashholding.

According to KTZ, Kazakh-built TE33A locomotives are in service in Kazakhstan, Kyrgyzstan, Tajikistan, Turkmenistan and Ukraine.

A US-built TE33A was also supplied to Mongolia, and one locomotive was tested on the PKP LHS broad gauge route in Poland earlier this year. However, an order to supply 15 locomotives to Estonia was cancelled.