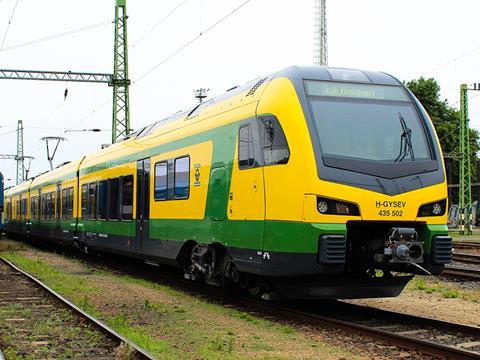 EUROPE: Hungarian-Austrian cross-border operator GySEV has begun passenger-carrying testing of the first two of 10 Stadler Flirt3 electric multiple-units which it ordered in September 2016.

The initial two units were delivered to Szombathely last November. Testing on the Sopron – Szombathely – Szentgotthárd line is scheduled to run from August 22 to October 5, with entry into regular service planned for January.

The remainning eight trainsets would follow in the first half of 2019.