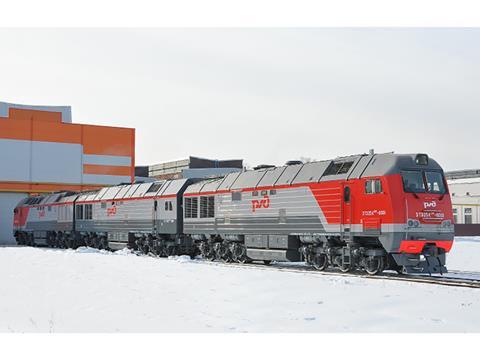 Initial testing is to be undertaken at Kurbakinskaya in Kursk oblast before the locomotive is transferred to the BAM route.

Meanwhile, testing of Ural Locomotives’ 2ES7 twin-section 8·8 MW electric locomotive has been completed on the BAM line, where it it has hauled more than 30 heavy freight trains of 6 000 tonnes between Tayshet and Taksimo since November. The 2ES7 design will replace three-section 3ES5K Yermak locomotives rated at 9·8 MW, reducing power consumption by 25%, while the tests showed that the maximum train weight could be increased to offer a 12% reduction in operating costs.