High speed trainsets to be delivered within three months 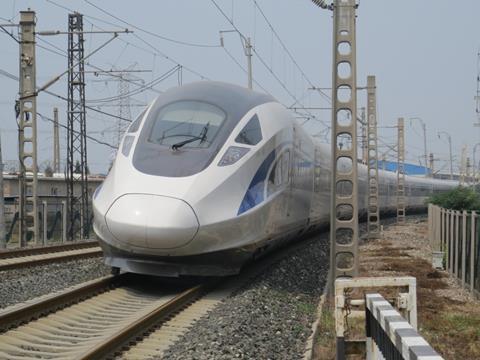 The contract for five eight-car and five 16-car 350 km/h trainsets was awarded to the 50:50 joint venture of Bombardier Transportation and CRRC Sifang at the end of September, with deliveries scheduled to run from October to the end of the year. Announcing the order on October 1, Bombardier Transportation said delivery within three months ‘reflects the confidence the customer has in BST's high efficiency and competitiveness.’