Hitachi trainset for Devon and Cornwall sets sail from Japan 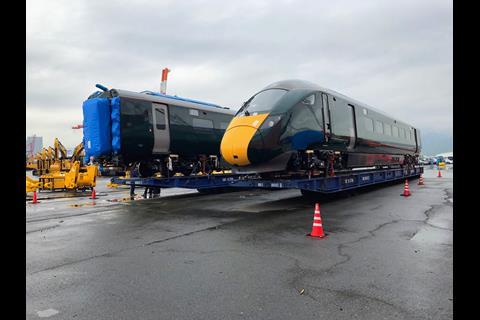 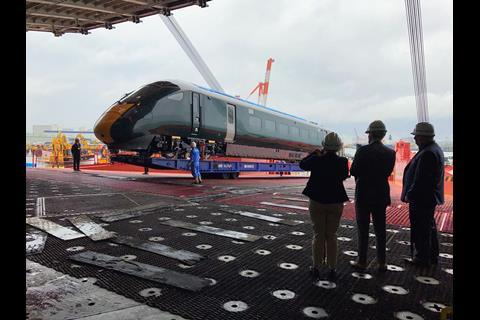 UK: The first of the Hitachi AT300 electro-diesel trainsets for Great Western Railway services from London to Devon and Cornwall left the Japanese port of Kobe on April 26, and is expected to arrive in Southampton during June.

GWR and leasing company Eversholt Rail ordered 22 five-car and 14 nine-car Class 802 trainsets in two batches in 2015 and 2016. The rest of the fleet is currently being built at Hitachi’s plant at Pistoia in Italy. Two five-car and one nine-car test trains will be used for trials ahead of entry into service, including running along the seawall at Dawlish where waves are often blown over the railway. The Class 802 trainsets are expected to enter passenger service from summer 2018.

Separately, Hitachi is also supplying 57 Class 800 trainsets to GWR from its plant at Newton Aycliffe in northeast England under the Department for Transport’s Intercity Express Programme. The first of the IEP trainsets are now on test, ahead of entry into service between London, Bristol and south Wales from autumn this year.