ICE1 trainsets to be equipped with latest ETCS 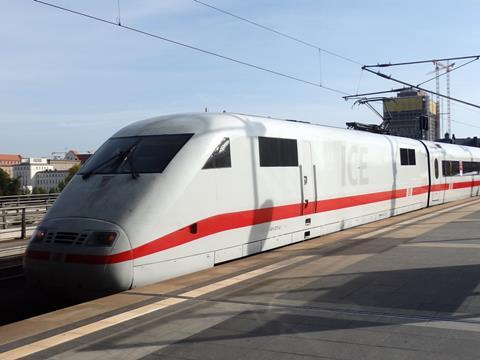 The 19 ICE1 sets which operate into Switzerland were the first to be fitted with ETCS, being equipped in 2007 at a cost of SFR34m which was funded by the Swiss government so that the trains could use ETCS on new lines in that country

The €10m contract announced on February 12 is an option on a €23m agreement announced in 2014 for Alstom to equip 40 ICE1 trainsets with ETCS for operation on the high speed corridor connecting  Berlin, Leipzig/Halle, Nürnberg and München.

‘We are delighted that Deutsche Bahn has again passed a vote of confidence in Alstom for this complex retrofit’, said Dr Joerg Nikutta, Alstom Managing Director for Germany & Austria. ‘This is a further step towards making Germany fit for digital rail and guarantees Deutsche Bahn a uniform and flexibly deployable ICE fleet.’

Modification of the vehicles will be carried out at the Hamburg-Eidelstedt ICE workshop.