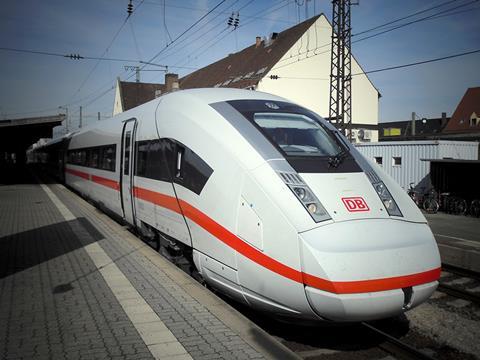 GERMANY: Test running of an ICx trainset on the public rail network began on September 25, Siemens has announced.

In May 2011 Deutsche Bahn signed a framework agreement for up to 300 ICx trainsets, with an initial order for 130 to replace its locomotive-hauled inter-city fleet. Entry into service is planned for late 2017.

The trial runs on the national network are being conducted by DB Systemtechnik. The ICx trainset is initially running at a maximum speed of 160 km/h, which will be gradually increased to the maximum service speed of 250 km/h.

Siemens said the aim is to test all of the train's functions, in particular the bogies and wheel-rail interface and the interaction of the train with the existing infrastructure including control and safety systems and overhead electrification equipment.