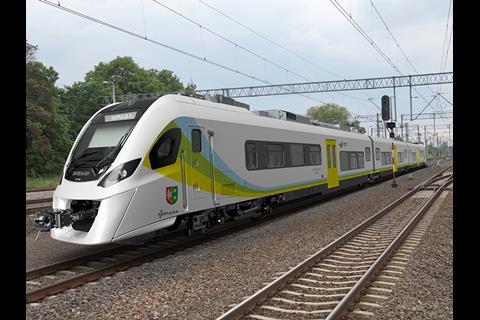 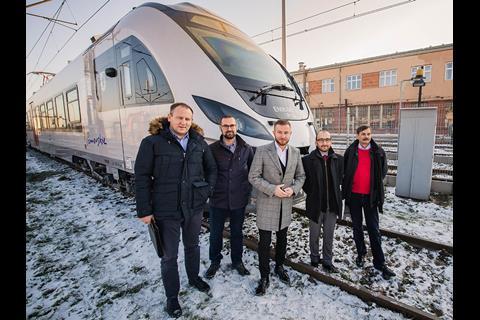 POLAND: Lubuskie voivodship has awarded Newag a 43m złoty contract to supply two three-car diesel multiple-units by the end of 2020.

Ordered to increase capacity on the Krzyż – Gorzów Wielkopolski – Berlin corridor, the 130 km/h TSI-compliant units will have a capacity of almost 400 passengers including 150 seats. Onboard facilities will include wi-fi, air-conditioning, power sockets, USB ports, spaces for wheelchairs and bicycles, a passenger counting system and passenger information displays.

Meanwhile, Pomorskie voivodship has ordered a further four Impuls five-car electric multiple-units as a follow-on from a 123m złoty contract awarded in May. This covered an initial five units for use on the Słupsk – Gdańsk – Elbląg route, with an option to order up to five more.