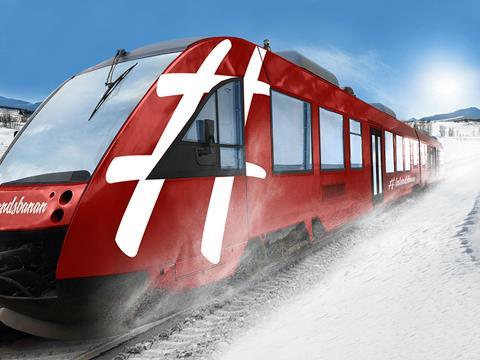 SWEDEN: Inlandsbanan has acquired five second-hand Alstom Lint diesel multiple-units for the planned launched of a regular passenger service on part of its route.

Inlandsbanan is owned by 19 local authorities and operates seasonal tourist-focused passenger services along the north – south inland route from Gällivare to Mora.

It has been working with local authorities to develop plans for regular public transport services on the southern section between Östersund and Mora, including short-distance commuter services between Orsa and Mora.

The Lint 41 DMUs acquired by Inlandsbanan subsidiary Inlandståg were originally built in 2001-02 for use on regional services in the Netherlands, and were available in good condition and at a ‘attractive’ price, the company said on February 28. They are scheduled to be delivered to Sweden this year, and will be modified for use in winter conditions.

The current layout with 134 seats is seen as suitable for the planned 14 km Mora – Orsa service, but the operator said the interiors would need to be made more comfortable for the 321 km Mora – Östersund journey.