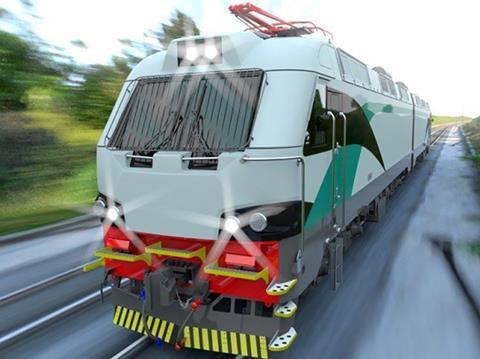 INDIA: Alstom has awarded Knorr-Bremse a contract to supply the complete braking systems for the 800 Prima twin-section WAG12 electric locomotives which it is to deliver to Indian Railways in 2018-28.

Knorr-Bremse is to supply the brake control units, air treatment systems and bogie equipment. These will be based on its CCBII-IR controls, a development of the CCBII system which Knorr-Bremse says is installed on the majority of new locomotives operated by Indian Railways.

To meet the Indian government’s ‘Make in India’ requirement for domestic production of the locomotives, the braking equipment is to be manufactured at Knorr-Bremse’s site at Palwal with delivery to Alstom scheduled to run for 11 years from mid-2017. Knorr-Bremse will also be responsible for servicing its systems on 250 of the locomotives for a minimum of 13 years.

‘We are very proud to be involved in such an important project,’ said Knorr-Bremse executive board Chairman Klaus Deller on February 15. ‘Thanks to the relocation of our Indian plant almost three years ago, we now have a local presence close to the customer.’