Koleje Mazowieckie signs framework for up to 71 EMUs 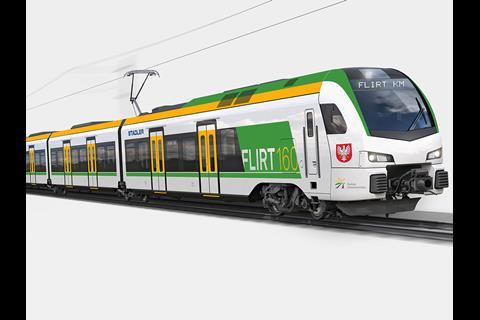 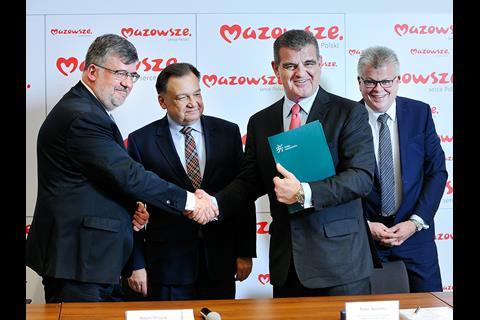 POLAND: A framework agreement for Stadler Rail to supply up to 71 Flirt electric multiple-units to voivodship-owned regional passenger operator Koleje Mazowieckie was signed in Warszawa on January 17. Stadler said the deal was potentially worth 2·2bn złoty, which would make it the highest valued tender for regional trains ever to be signed in Poland.

The triggering of the first firm order under the agreement is dependent on the receipt of EU funding.

The 61 five-car and 10 two-car units would have a maximum speed of 160 km/h, with ‘high-performance’ air-conditioning, ‘contemporary’ doors, audio and visual passenger information systems, on-board wi-fi, PRM-compliant toilets and space for prams and bicycles. They would be equipped with ETCS Level 2, and carry a defibrillator and an intercom system so that passengers can contact the conductor in the event of an emergency.

The agreement was signed the day after the signing of a deal for Stadler to supply 35 trams to Kraków in partnership with Polish company Solaris Bus & Coach. ‘We've now broken into the Polish market’, said Spuhler when the KM deal was signed, adding that it was ‘a major achievement’ to beat domestic suppliers to the two contracts. ‘Our persistence has paid off’, he said. ‘At the end of the day, Stadler’s unmatched quality and price:performance ratio prevailed.’

Stadler’s Polish subsidiary was founded in 2007 and operates a plant in Siedlce which employs around 700 people. So far most of Stadler Polska’s work has been for export, apart from orders to supply trainsets to PKP Intercity and regional operators Koleje Mazowieckie, Koleje Śląskie and Łódzka Kolej Aglomeracyjna.