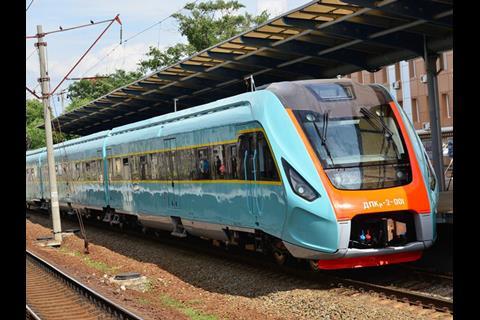 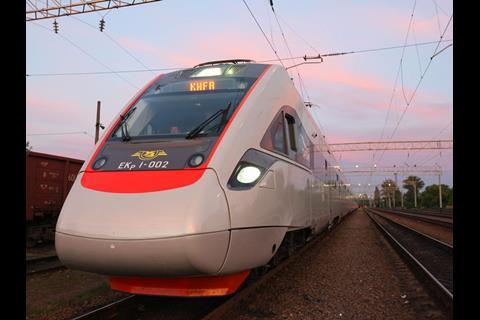 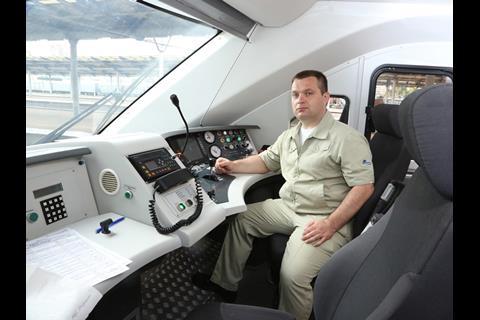 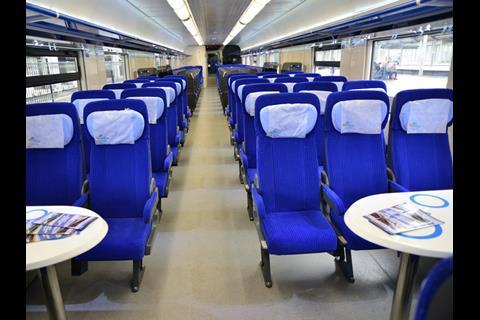 The multiple-units have been developed by KVSZ with the aim of offering domestically-produced passenger rolling stock which could be used to update UZ’s fleet to international standards at a lower cost than by importing vehicles.

The DPKr2 DMU is designed for use on commuter or local services, with a maximum speed of 140 km/h. It is being offered as a two-car version with 153 seats or a three-car version with 269 seats, and has air-conditioning and sealed inter-vehicle gangways to cope with hot and cold temperature extremes in Ukraine and Central Asia.

The government is to provide UZ with financial guarantees to facilitate an order for 15 units for use in the Carpathian region, and Kazakhstan’s KTZ is also discussing an order. An electric version of the unit is also proposed by KVSZ.

On June 24 UZ put the first of two prototype Tarpan (‘Wild Horse’) inter-city EMUs into service on the Kyiv – Lviv route, and the second is to be deployed on Intercity+ services on the Kyiv – Odessa route from July 1. UZ agreed an order for 10 units last year, although finalisation of the contract has been delayed.

The 3 kV DC/25 kV 50 Hz Tarpan is rated at 4 MW, with two powered and seven trailer cars. The nine-car EMU is 230 m long and 3 420 mm wide, with stainless steel bodyshells and energy-absorbing features to provide crash protection. There are 128 first, 370 second and 112 third class seats and two wheelchair spaces, a buffet, air-conditioning, retention toilets and provision for the installation of wi-fi.

Tarpan is designed to be capable of 200 km/h, however there is currently no suitable infrastructure in Ukraine so it will operate at 160 km/h. Planned testing at up to 220 km/h on the Moscow – St Petersburg line has been cancelled because of the political crisis between Ukraine and Russia.