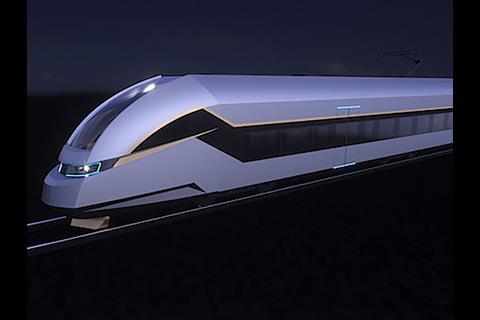 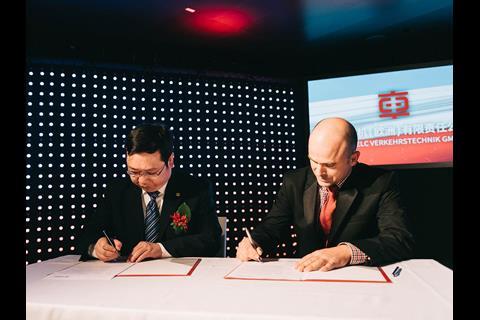 CZECH REPUBLIC: Czech open access passenger operator LEO Express signed an order on September 26 for CRRC Zhuzhou Locomotive to supply three electric multiple-units in mid-2018, with a framework agreement for up to 30 more which would be delivered in 2019-21. The price was not disclosed.

LEO Express CEO for Central & East Europe Peter Köhler told Railway Gazette that the multi-voltage EMUs will be to a new design, and the technical details are still to be finalised. The order is intended to support the operator’s plans to expand beyond the Czech Republic and Slovakia. Köhler said LEO Express is looking across the Central European market, and is currently seeking approval to operate in Poland and Germany. It is also actively bidding for tendered public service contracts.

‘We are pleased to work on our first EU contract with an innovative and fast growing passenger transport company’, said CRRC ZELC Chief Executive Zhou Qinghe when the LEO Express contract was signed. ‘The European market represents a significant opportunity for Chinese engineering. CRRC ZELC will put significant resources into its expansion across Europe and looks forward working with LEO Express on this important project, which hopefully will be the first of many in EU.’

LEO Express was founded by Leoš Novotný in 2010 and began rail services in November 2012. It currently has a fleet of five five-car Stadler Flirt EMUs ordered in September 2010, and also operates coach services to Poland and Ukraine. The privately-owned company says it has been making an operating profit since mid-2013, and December 2015 was the first month which revenues from ticket sales covered operating costs, interest and depreciation. It carried a total of 1·1 million passengers in 2015.