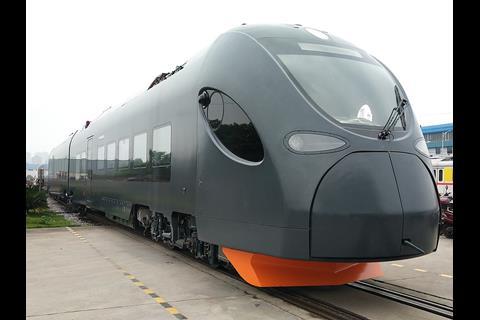 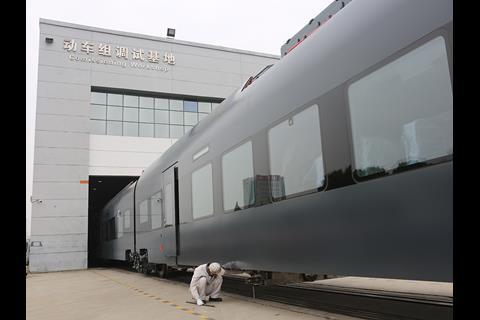 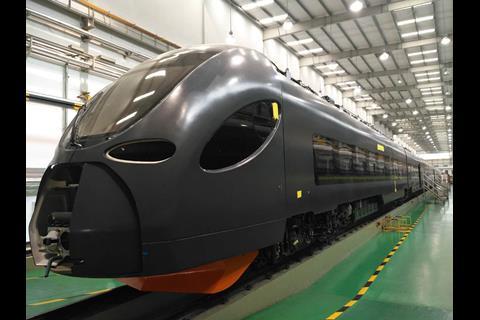 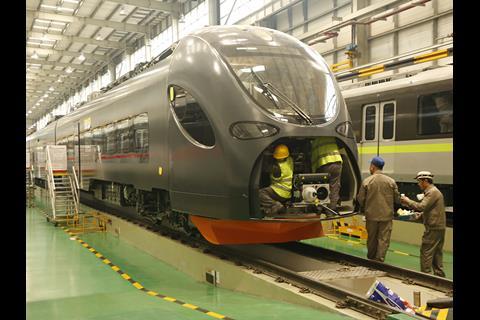 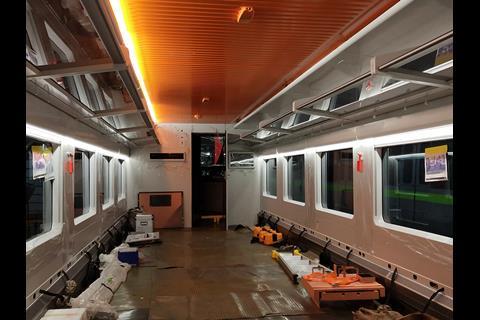 CZECH REPUBLIC: The three multi-system electric multiple-units being built for open access operator Leo Express by Chinese manufacturer CRRC Zhuzhou Electric Locomotive are nearing completion and on course for delivery in the second half of the year, the operator confirmed on June 3.

The inter-city EMUs are due to undergo certification at the VÚŽ test track in Velim before entering service. They will initially be used on domestic and international routes in the Czech Republic, Slovakia and Poland, but Leo Express said it planned to expand their operation to other European countries in the future.

Representing an investment of more than KC5bn, the three trainsets were ordered in September 2016 under a contract with options for up to 30 more. Leo Express commissioned Czech design studios and European suppliers to work on the new trains, and says almost 20% of the components have been sourced from Czech manufacturers, potentially opening up future export opportunities.

The new EMUs will be finished in the operator’s established black livery, but the company says the interior has been redesigned to meet the needs of current and future passengers, providing ergonomic seating and accessible boarding for passengers with reduced mobility, prams and bicycles. Storage space is provided for luggage, skis and bicycles, along with a range of recycling bins. A ‘new model of kitchen’ will offer a greater range of refreshments than the existing Stadler FLIRT units. Each EMU will also include a ‘higher class’ seating area for premium passengers and a family area with facilities for children.

‘Leo Express and CRRC have developed a new type of electric unit, while the design and concept is owned by our company’, explained CEO Peter Köhler. ‘It is based on our experience gained from more than a billion train-km in Czech and international operation. The multi-system unit is hybrid-ready, which means it will be able to operate anywhere on the Central European rail network’.