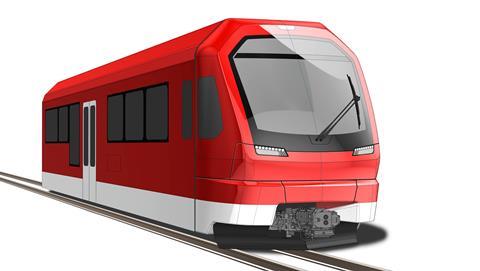 The first of the EMUs are scheduled to be delivered for testing in mid-2022, with all 12 in service from the December 2023 timetable change.

MGBahn said the vehicles would be designed to be passenger-friendly, with facilities for wheelchair users, pushchairs and older people to include low-floor entrances with level entry and exit. Each car will have a multifunctional compartment for storing luggage and sports equipment. Wi-fi will be fitted.

The EMUs will make use of lightweight materials, energy-efficient drive components and oil-free transformers, and they will have a ‘snooze mode’ to reduce energy consumption.

The contract signed on March 10 is the first of two to which are due to be placed under a SFr300m plan for the comprehensive modernisation of the MGB fleet by 2030. An order for a further 15 units is expected to follow by 2028.

‘As the world’s leading manufacturer of rack railway vehicles, we are proud to be able to produce the rolling stock for MGBahn’s demanding route’, said Stadler Chairman Peter Spuhler.