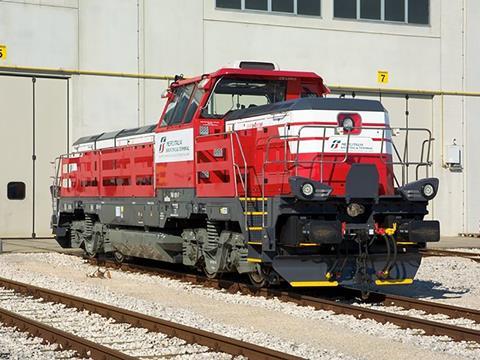 ITALY: CZ Loko has delivered five EffiShunter 1000 shunting locomotives to Mercitalia Shunting & Terminal, which will deploy them at freight terminals in Milano, Ravenna and Livorno.

‘This contract has both a strategic and symbolic value for CZ Loko’, said the manufacturer’s Managing Director Josef Gulyás at the handover ceremony. ‘Although CZ Loko has supplied almost 60 locomotives of various classes to the Italian market, these were always just upgrades. Now, for the first time, we have succeeded with a new vehicle meeting strict European TSI standards.’

This showed that CZ Loko could compete in a the ‘fierce’ locomotive market, he added.