Merseyrail EMU fleet to be replaced 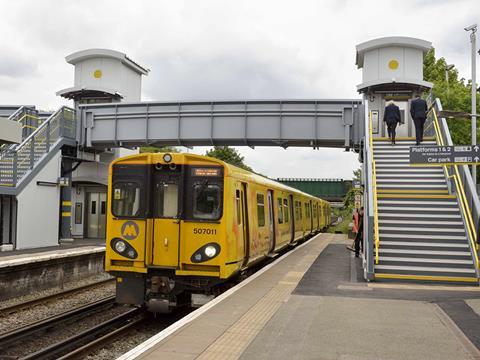 UK: Liverpool regional transport authority Merseytravel is to procure a new fleet of electric multiple-units to replace the 59 three-car Class 507 and 508 EMUs used on Merseyrail services which are now approaching 40 years old.

The higher availability and improved reliability of modern EMUs is expected to enabling a smaller fleet of around 52 units to be procured, while more standing room would enable capacity to be increased from 303 to 480 passengers per unit.

The Merseytravel Committee is excpected to approve the start of the procurement programme at its meeting on October 1. The aim is to select a preferred bidder in around 12 months, with the new EMUs to enter service from the early 2020s.

Merseytravel plans to seek ‘innovative proposals’, with an emphasis on lower operating costs; options could include regenerative braking with energy storage.

The 750 V DC third-rail EMUs would be suitable for easy modification to use 25 kV 50 Hz electrification, reflecting long-term ambitions to extend services beyond the current Merseyrail network.

Merseytravel intends to buy the EMUs directly, rather than through a leasing company. The estimated cost of £400m including associated depots and infrastructure works would be financed with £65m from its reserves plus public-sector borrowing and EIB loans.