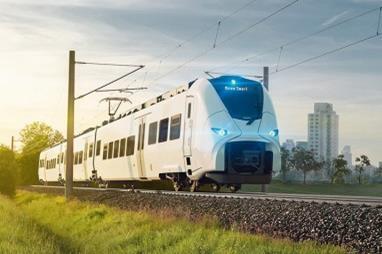 GERMANY: Siemens Mobility has announced plans to offer a standardised version of its Mireo articulated multiple-unit family, in a bid to reduce costs and shorten delivery times.

Since the Mireo modular range was announced in 2016, the company has received orders for more than 180 trainsets of varying configurations. The first 24 three-car EMUs began carrying passengers in June, under the Rheintal Netz 4 contract operated by DB Regio for the Land of Baden-Württemberg. These were ordered in February 2017 and the first was rolled out in December 2018. Battery-electric and hydrogen fuel cell variants are also under development.

As with the Smartron derivative of its Vectron locomotive range, Siemens Mobility suggests that the Mireo Smart EMU launched on November 9 will enable operators to expand capacity rapidly, ‘thanks to its attractive price, low maintenance costs and a very high degree of reliability’. The manufacturer anticipates that it will make new trains a more competitive alternative to the refurbishment of existing fleets.

Mireo Smart will be offered as a basic three-car EMU for 15 kV 16·7 Hz operation, which can be ordered off the shelf with a range of options including seat coverings and exterior design, plus other extras at fixed prices. The air-conditioned trainset will have 214 seats, two wheelchair areas and space for 21 bicycles. On board wi-fi, CCTV security and passenger information displays will come as standard. The company will also offer a range of spare parts and optional maintenance or service packages.

Use of modular components and a high degree of standardisation is intended to reduce the delivery time to just 18 months from placing an order to entry into service, with the supplier anticipating that the reduced customisation will simplify pre-service testing and ensure reliability. Siemens Mobility told Railway Gazette that it was in discussion with potential customers, and had ensured that a stock of items with long lead times would be available at short notice.

‘The Mireo Smart offers operators the opportunity to respond flexibly to changing capacity requirements and to quickly expand their fleets’, explained Siemens Mobility’s CEO of Rolling Stock Albrecht Neumann. ‘With a standardised product and short delivery times, our customers will benefit from an attractive price, great reliability and optional service packages.’