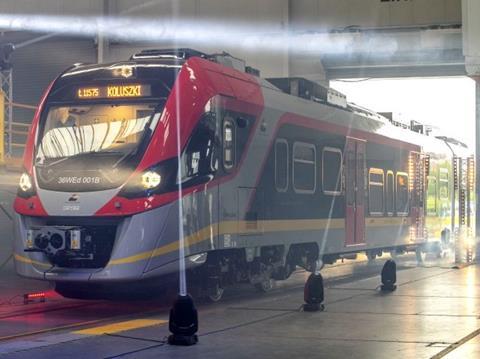 POLAND: Newag unveiled the first of its next-generation of Impuls electric multiple-units at its factory in Nowy Sącz on June 18.

The launch customer for the Impuls II is Łódź suburban operator ŁKA, which has ordered 14 three-car units under a 236·8m złoty contract signed in February 2017 which includes 12 years of maintenance.

The first unit is expected to be tested in Kraków in late June and then at the Żmigród test circuit in early July.

In September it will be displayed at the InnoTrans exhibition in Berlin, ahead of entry into passenger service in December.