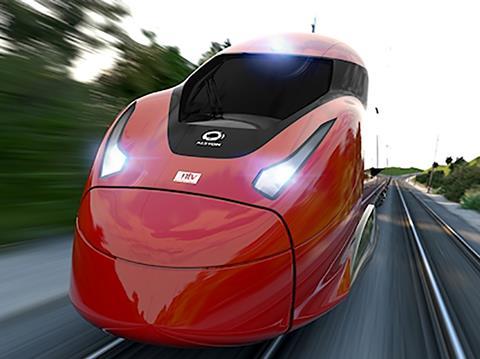 Announcing the deal on September 7, NTV said the four seven-car 250 km/h trains were an option in the €460m contract for eight Pendolinos signed on October 29 last year and that they would be built to the same specification.

The new order, signed in Roma by NTV President Andrea Faragalli and Managing Director of Alstom in Italy Michele Viale, also extends Alstom’s contract for maintenance services for the operator’s Pendolino fleet from 20 to 30 years. The extension of the maintenance contract is worth €200m and the contract for the four additional trains is valued at €230m.

The additional trains will allow NTV to expand its services and respond to growing demand — NTV already has a fleet of 25 AGV trainsets that it uses under the italo brand to compete for traffic against state-owned operator Trenitalia on the high speed network linking Milano with Bologna, Firenze, Roma and Napoli. The first of NTV’s Pendolino fleet is due to be delivered in late 2017 from Alstom’s Savigliano plant, with entry into service planned for early 2018.

Faragalli said ‘the expansion of our fleet to 37 trains is part of our project for industrial renewal begun last year. We want to increase the presence of high speed services in the country and strengthen existing routes such as Milano – Napoli.’ NTV carried 9 million passengers in 2015, nearly 40% more than in 2014, and hopes to reach 10 million this year.