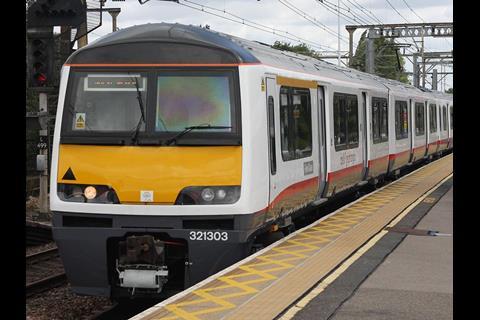 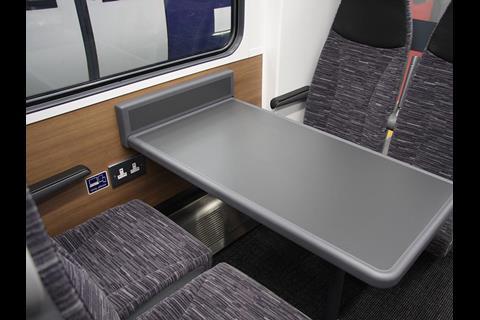 UK: Wabtec Faiveley UK has completed refurbishment of the first two of 30 Class 321 electric multiple-units owned by Eversholt Rail, which are being upgraded for train operator Greater Anglia under the Renatus programme. With the first unit now receiving an AC traction package under a parallel programme being undertaken by Vossloh Kiepe UK Ltd, the second Renatus EMU returned to passenger traffic on December 16.

Based on feedback gathered during operation of a demonstrator unit unveiled in 2013, the Greater Anglia Class 321s are undergoing ‘total interior refurbishment’, including new seats, flooring and windows as well as the installation of air-conditioning, energy-efficient LED lighting and a controlled-emission toilet fully compliant with PRM TSI. Wi-fi and power sockets for each row of seats are provided, with the vestibule areas enlarged to improve passenger flows and reduce station dwell times.

Wabtec is due to refurbish the remaining 28 Class 321s over the next 18 months. The first unit to receive an AC traction package is due to return to service early in 2017, and it is hoped to align the two upgrading programmes from next year.

Greater Anglia Managing Director Jamie Burles said that the refurbished fleet would offer ‘all the modern convenience of a new train’, delivering ‘a very substantial upgrade to rolling stock’ early in the life of the nine-year replacement franchise awarded to Abellio and launched on October 17. This would form ‘an appetiser to the main event’, the renewal from 2019 of the entire 989-vehicle Greater Anglia fleet under what Burles describes as ‘the biggest single fleet replacement in the history of franchising’.