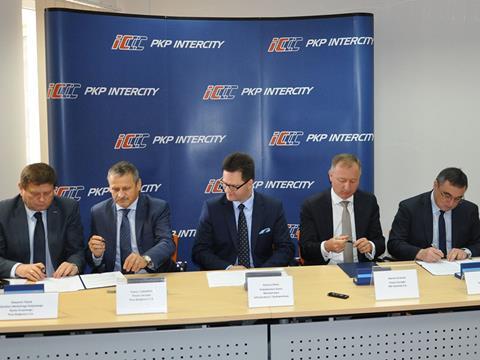 POLAND: A letter of intent to design, build and test a prototype electro-diesel locomotive was signed by national passenger operator PKP Intercity and Pesa Bydgoszcz on October 6.

The design concept for the planned locomotive has been developed by Pesa and IPS Poznań. It would be suitable for mainline operation under either electric or diesel power, in contrast to Pesa’s existing Marathon design which is an electric locomotive equipped with a diesel engine for last-mile operation.

PKP IC hopes that the new design would eliminate the need to change locomotives when operating passenger services on routes which are not electrified throughout their full length. A particular focus is the Gdańsk – Białystok route, where the lack of electrification on the central section means that two locomotive changes are currently required.