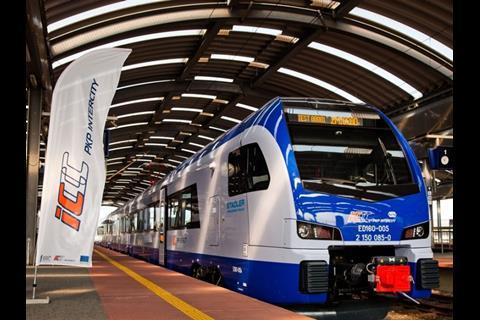 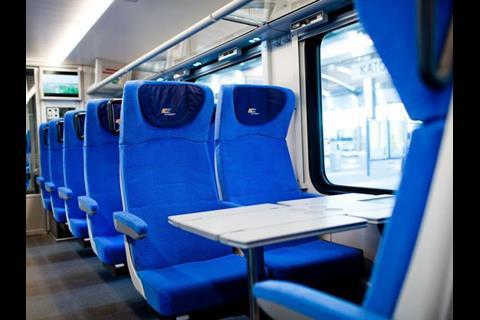 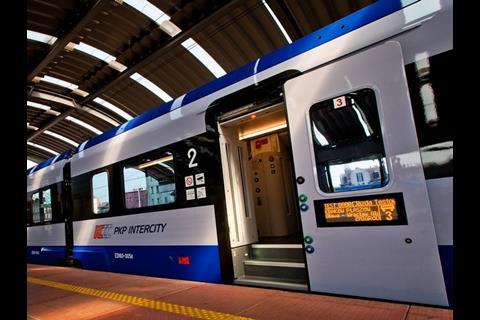 POLAND: The first of 20 Flirt 3 electric multiple-units being supplied to PKP Intercity by a Stadler-Newag consortium has been presented to the public at Katowice station, following the completion of testing at the Railway Institute in July.

‘To ensure the safest and most comfortable journey for passengers, we are testing the vehicles not only in Poland, but also abroad’, said Stadler Poland Chairman Christian Spichiger. ‘Currently one of the trainsets is undergoing additional tests in Austria.’

PKP IC says that 15 of the EMUs have been completed so far. They are due to enter passenger service in December and will be deployed on four routes:

The air-conditioned eight-car sets include first- and second-class compartments with an electric socket at each seat, and a buffet car. They also feature real-time passenger information screens and wheelchair ramps to assist with boarding. The 3 kV DC units have a maximum speed of 160 km/h and are equipped with ETCS Level 2.

Stadler is supplying the aluminium bodyshells and is assembling the driving vehicles and traction systems at its Siedlce plant using bogies and traction equipment from Switzerland. Newag is in charge of the interior fittings and the final assembly of the intermediate cars. It is also responsible for assembling the vehicles into complete EMUs and the commissioning process.