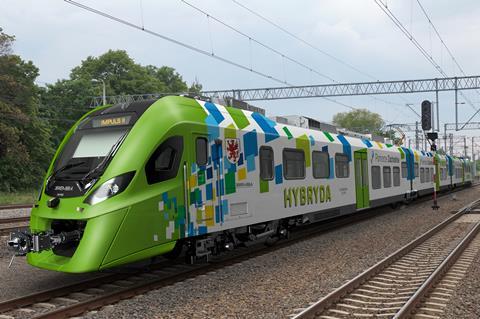 POLAND: Newag has signed a 40m złoty contract to supply an initial two two-car Impuls 2 36WEh electro-diesel multiple-units to Zachodniopomorskie voivodship, with an 200m złoty option for a further 10 units.

The first two are expected to be delivered this year for entry into passenger service by late 2021. The optional units could follow in late 2022.

Zachodniopomorskie has previously taken delivery of 22 Impuls 31WE and 18 36WE electric multiple-units from Newag, but around 40% of the region’s rail network is not electrified.

The manufacturer unveiled its Impuls 2 36WEh bi-mode multiple-unit at the Trako trade fair in Gdańsk in September 2019. The two-car trainset is 59·3 m long with 150 seats.