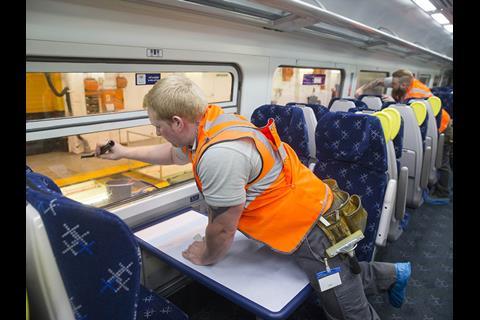 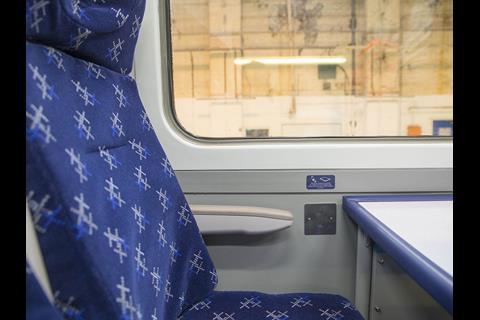 UK: The first of 40 Class 158 diesel multiple-units to be refurbished at Knorr-Bremse RailServices' Springburn facility was unveiled by ScotRail on September 1.

‘We’ve listened to customers and that feedback is reflected in the upgrades being made’, said ScotRail Alliance managing director Phil Verster. ‘Seats are better aligned alongside windows, interiors are brighter and more modern, and people can charge phones and laptops during their journeys.’

The project is being funded by ScotRail franchisee Abellio, and jointly managed by leasing company Porterbrook. The two-car DMUs are to be refurbished at a rate of about one per month, with the programme running to April 2018.