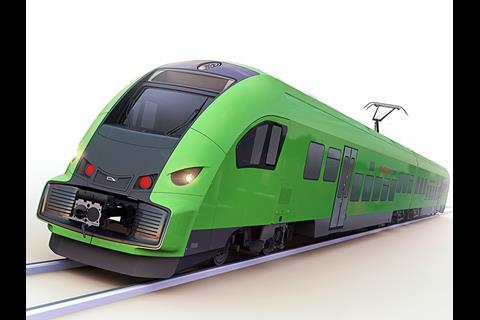 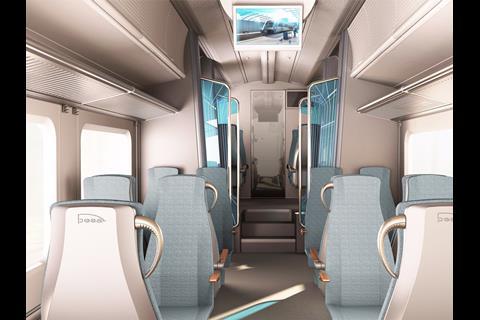 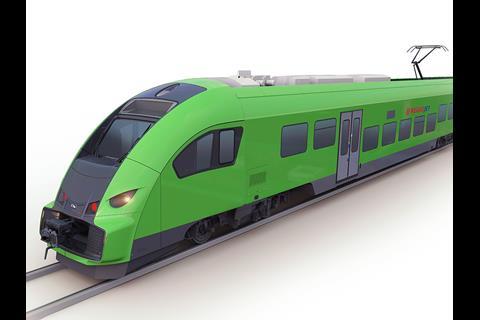 CZECH REPUBLIC: RegioJet has awarded Pesa Bydgoszcz a contract to supply seven two-car Elf.eu electric multiple-units for use on subsidised passenger services which it is to operate under contract to the Ústí nad Labem regional authority.

The order signed on March 7 is worth more than KC500m, with deliveries scheduled for second half of 2021 ready for entry into service with that year’s December timetable change.

Polish company Pesa has developed the Elf.eu as an export version of the Elf2 used in its home market, with options to support various electrification systems and lengths from two to five cars.

The EMUs ordered by RegioJet will be equipped for 3 kV DC and 25 kV 50 Hz electrification, and will offer an entrance height of 600 mm above the rail. The air-conditioned interiors will include audio-visual passenger information systems, 230 V power sockets, free wi-fi, an accessible toilet and an area for pushchairs and bicycles. The green livery was specified by the regional authority.

The operating contract covers regional services U5, U7 and U13 as well as routes within the Ústí nad Labem urban area. RegioJet is scheduled to take over operation of the services from national incumbent ČD in December 2019, initially using former DB Regio Class 628 DMUs until the new EMUs enter service.

RegioJet owner and Chairman Radim Jančura said the operator had won the contract by offering the authority the best price as well as modern electric trains. These would be more economical and more environmentally friendly than the DMUs, he said, as well offering improved passenger comfort.

‘We are convinced that, just like on the other routes where RegioJet has begun train services, the new quality will bring a step-change in the number of passengers’, Jančura said.

RegioJet carried 9·7 million rail passengers in 2018, an increase of 29% compared to 2017, and recorded a preliminary non-audited profit before tax of almost €4m.

‘Rail transport is a highly promising field of our business’, said Jančura. ‘Our trains are profitable on all the routes, including the newly established open access services on the Praha – Brno – Wien route. We launched these services in December 2017, and after only one year they are profitable. Thanks to fair prices and better services, we have managed to attract hundreds of thousands of new passengers.’