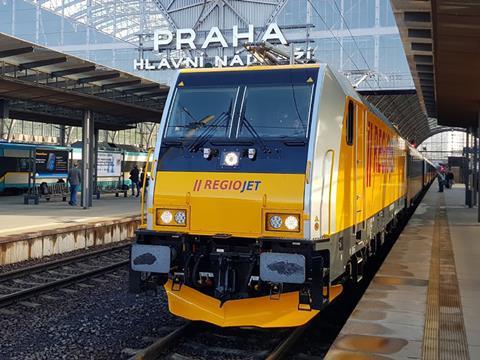 The first passenger train to be hauled by one of the new locomtives was RJ1017, the 17.48 from Praha to Ostrava and Návsí.

RegioJet is also about to put into service the first two of 16 coaches being supplied by Astra. The open saloon coaches feature touchscreen entertainment devices at each seat.